Ahh yes – back in a library again. It’s nice and cool, it’s quiet, the internet is blazing fast and my laundry is in the Laundromat across the street. Everything is good – time for some serious blogging.

I was thinking I’d introduce you a little bit more closely to the man I’m riding with – James Daniel Wilson of Atlanta, Georgia. The story I’m about to tell is very personal and intimate, but I’ve been cleared by Daniel to tell it and I therefore won’t hold back on any details. 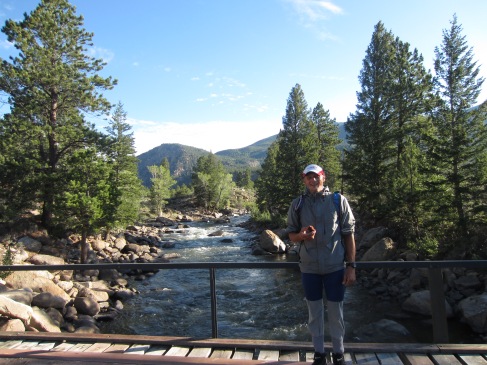 Daniel, now 41 years old, grew up outside in a small town outside of Atlanta with both his parents. After high school, he worked for many years restoring old cars together with his father – a man Daniel simply describes as a nice guy who drank almost a gallon of whiskey a day until he had a stroke in 2005 and almost died. He hasn’t had a drink since. From a relatively early age Daniel himself was experimenting with different mind-altering substances. His drug of choice turned out to be not alcohol like his father – but cocaine. In his mid 20’s Daniel met the woman who would become his wife, and soon, their first child was born – a little boy. At a young age – I don’t know how young – the boy died in a tragic accident at a campground where the family was vacationing. This sent both Daniel and his wife into a very negative spiral of events – both of them dealing with the situation by doing copious amounts of drugs. Daniel stayed with cocaine and his wife developed a heavy meth amphetamine addiction. In an attempt to mend the relationship, the couple had two more children – whom neither of them could really take care of.

While Daniel’s ex-wife has remained the legal custodian of the children, they were quickly taken under the more secure wings of Daniel’s parents – where they have stayed to this day.

During the past 5 years Daniel’s ex-wife has filed several charges against Daniel for child-support despite the fact that she’s not taking care of them. Apparently she can do this because she has legal custody. Daniel, who has been lagging behind on paying, has ended up in jail several nights because of this – and eventually got his driver’s license suspended two and a half years ago.

Growing tired of being put in jail for something he didn’t think was wrong, Daniel eventually decided to leave Georgia and try to set his life up somewhere else. He bought a cheap Trek mountainbike, some beat up panniers in a thrift store, and took off.

Since that day two and a half years ago, Daniel has traveled back and forth between his brother in California and the rest of his family in Georgia 5 times – staying in Colorado for long periods of time in between. He lives out of his tent wherever he goes, and makes money by building trailers for bicycles and selling them. He gets most of the parts for the trailers in thrift stores run by the salvation army. He’s found out that if he does work for them he gets credit in their stores and therefore keeps building costs of the trailers at a minimum. In the winter time he stays on a secluded beach in northern California and in the summer he lives in a place I passed through – Salida, Colorado. The reason he mostly stays out of Georgia is that the police in other states don’t lock him up for the charges on him for the child-support he hasn’t paid.

Daniel is living evidence of a lot of things – one is that you can ride across America on pretty much anything. Everything on the bike he’s either found or bought for less than $10-$15 in a thrift store. His right rear pannier is in fact not a pannier but a backpack that he’s fastened to the bike in an ingenious way. Since he’s done this trip so many times, and does a similar route between Colorado and California every time, he has created several stash-spots along the way where he stores gear, supplies and equipment needed for the specific stretch coming up. When the stretch is over, he leaves the gear in a new spot for the way back. Daniel still uses a cd-walkman, and he has one album with him, one he constantly listens to: Eminem – Curtain Call.

This coming September will mark five years that Daniel has been off of all heavy drugs. All he does now is smoke marijuana to self-medicate his severe ADD – he says it slows him right down and puts him in the right mindset. Daniel also struggles with constant Hypoglycemia – a condition that occurs because his pancreas does not produce enough sugar. To keep his blood sugar levels at an acceptable level he eats raw cane sugar out of a plastic bag every few hours.

The man has obviously gone through some heavy ass shit in his life. There is no question about that. Despite this, he has a very soft-mannered and joyful spirit, constantly finding little details in life to laugh and smile at. What is most inspiring to me about him is that he makes so much out of so, so little. The guy makes $50 last about three weeks on the road – always finding little hideaways to put up his tent and looking for good deals in grocery stores. Spending time with him can at times make me feel like a bit of an idiot for just mindlessly spending his three week allowance in one day. 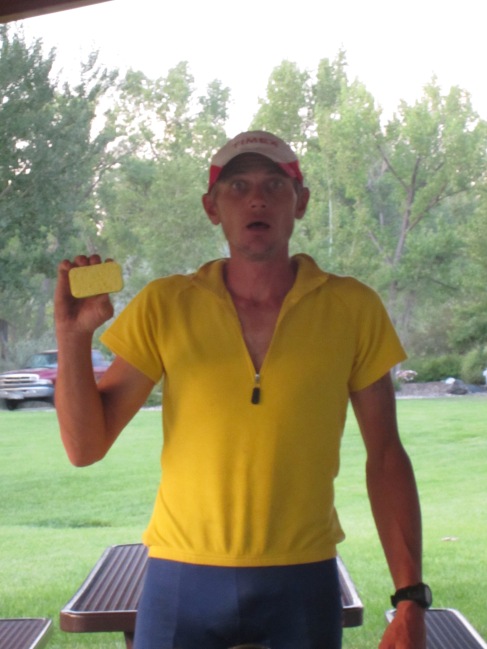 I’ve probably missed some main points here, but this post is getting pretty long and I’ll get plenty of chances to tell you more about this cool nutcase. So long for now, talk to you in a bit!